If a drop of soap or detergent is dropped into the water, the needle sinks immediately. The detergent such as phospholipids are both fat-soluble and water-soluble, If they are added to water, they align themselves on the surface of the water, because the fat soluble part does not dissolve in water and is repelled away from the water. This layer is therefore left in the air. In this way the detergent disturbs the water molecules that form the surface tension so that the needle does not keep afloat.

Surfactants in the lung are produced only at the very end of fetal life. Lack of surfactant is therefore a real problem in premature babies. Their immature lungs will remain collapsed due to the surface tension in the alveoli. This can be treated with surfactant-like medication. 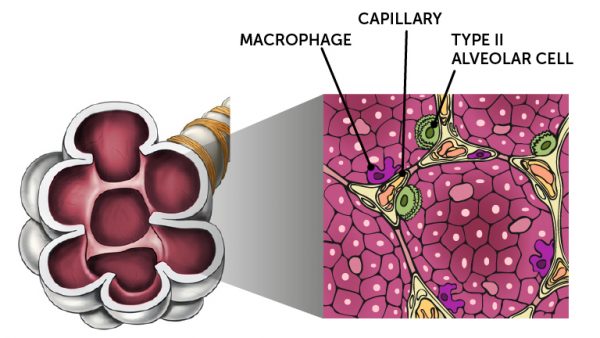